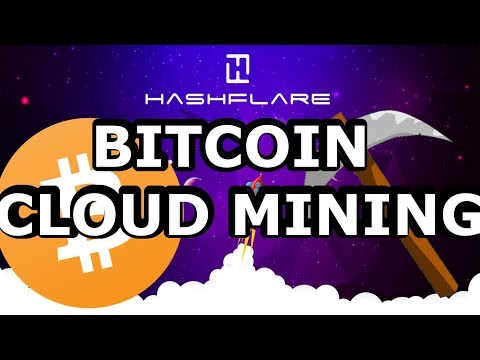 I know everyone here loves to hate on tether but I feel another opinion on tether should be made since a lot of people use tether. I use tether but also understand that their business model is unsustainable at first glance.
Tether is used by pretty much every exchange and has had 2.3billion dollars of transaction volume for 3 months now. Thats 90 days. Given .1% transaction fees, USDT generated a net of 207 million dollars in exchange fees for the past 3 months. These new exchanges adopting tether are most likely "buying" tether from bitfinex which allows bitfinex to create more tether since money is being added to their overall "reserve." I know there hasn't been a recent audit but, in my opinion, its because banks have been trying to stay away from people/exchanges that are generating a lot of money from cryptocurrencies so no official audit can be given. Now this isn't giving grace to bitfinex since it is sketchy they haven't atleast addressed the problem.
Given the price "surge" of bitcoin and no official BTC/USD pairs, it makes sense for exchanges to adopt USDT for the time being for people to "lock-in profits," just like a stock exchange. Given the amount of money these exchanges have made (or can make) from owning their personal exchange cryptos (ie binance coin) and other cryptos in their portfolios, enough money is surrounding the sphere of exchanges that a "temporary-fix" for locking in profits, USDT, is viable in terms of opening the crypto space to more investors.
USDT is inflating the market because of increased liquidity and more opportunity for investors to make many (so more investors come in). Now, tether still makes a lot of investors skeptical (since they do their research and find out the "FUD" behind tether), but really this is suppressing a lot investors from coming into the sphere until a "REAL" BTC/USD pair is designed (imo, this will be done by Poloniex/CircleX). What this will do to USDT however, is something that we will have to find out once it happens if more exchanges get the legitimate BTC/USD pairing by requiring a social security on registration.
Tether, being just "another altcoin," seems it will drop value once less people are interested in this "altcoin." Right now, the demand is so high for tether and the fact that bitfinex hasn't "printed more money" from the 2.2bln supply, and especially after the main dip BTC had, is somewhat of a good sign. As stated before, they probably "printed money" to give to the vast amount of exchanges for pairings.
There are multiple whales, including the team of EOS, that support the doings of Bitfinex and USDT since it improves awareness/adoption of crypto. Now, EOS/SteemIT maybe a "scam" in some people's eyes (maybe mine, not enough has happened for me to decide), but there's no way USDT/BITFINEX would do anything stupid pre-launch of EOS since they are associated with each other and have a lot to profit fromr. So until June 1st (the launch of EOS, at an earliest date), I can't see tether going anywhere. This, in my opinion, is especially a strong point since many crypto multi-millionaire/billionaire whales back EOS, SteemIT and Bitfinex.
Lastly (and in conclusion of my opinion(s)), Tether will crash (if it crashes) if the DEMAND, by the MAJOR EXCHANGES using USDT, suffers. Also, I feel that until that demand dies out, USDT should be seen as a neat trading tool for people to be open to, not a discouragement for entering the crypto space. Now, that all exchanges have adopted tether as a pair, Tether probably wont "print anymore money" until the DEMAND (or purchasing of tether by exchanges) goes up. To sum up the short-term fate of tether (pre-June 1st ATLEAST), The fact that tether claimed to have 450 million dollars as of their last audit in september, the fact that a lot of these exchanges (whom are super rich) are buying out tethers for pairing, the fact that profitable company startups such as EOS and exchanges put their "trust" and money into tether to keep their exchange/platforms in high demand, tells me that Tether FUD might be exaggerated. USDT FUD may also be generated due to swing traders wanting to make more money "off the swings," since their "strategy" wouldn't be as widely used. I have used this "strategy" and it seems to work for me as i've gained from 6k dip than if i had just held BTC. In my opinion, USDT is here to stay (at 1$) until a replacement is found and no-one cares to use USDT. And this will only crash USDT if Bitfinex/Other exchanges have not gathered up a 1:1 value (USD:USDT) for the total supply of USDT once the demand for USDT reaches its demise. Bitfinex paid back money to its traders worth 120k BTC in 2015. I think if they survived that 120k BTC “hack” (or genius plan on their part), a mere 2.2 billion payout to keep everything running smoothly isn’t too much of a problem. Thanks for reading and I'm hoping I can get some solid feedback from this.

A Guide To ICO investing Bitcoin Millions: Is It Too Late For You?